My father’s death has given me a love of men, of their vulnerability and tenderness

The comedian’s father killed himself when she was three. She was plagued by the fact he made no mention of her or her sister in the letter he left. Then, 30 years after his death, a box arrived

By Aisling Bea in The Guardian November 4th, 2017 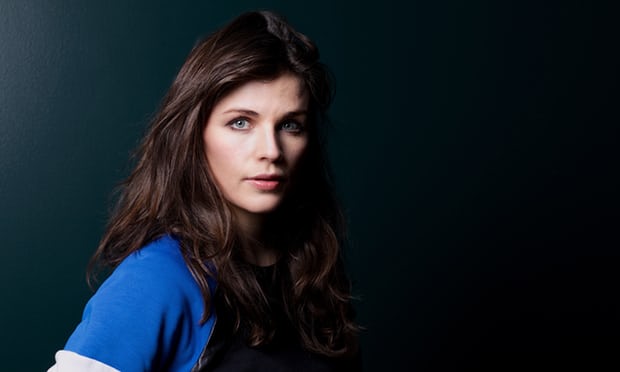 My father died when I was three years old and my sister was three months. For years, we thought he had died of some sort of back injury – a story that we had never really investigated because we were just too busy with the Spice Girls and which one we were (I was a Geri/Mel B mix FYI). Then, on the 10th anniversary of his death, my mother sat us down and explained the concept of suicide. Sure, we knew about suicide. At 13, I had already known of too many young men from our town who had taken their own lives. Spoken about as inexplicable sadnesses for the families, spoken about but never really talked about … “terrible tragedy … nobody knows why he did it”. What we had not known until that day, was that our father had, 10 years beforehand, also taken his own life.

When I was growing up, I idolised my father. I thought his ghost followed me around the house. I had been told how he adored me, how I was funny, just like him. Because of our lovely Catholic upbringing, I secretly assumed that he would eventually come back, like our good friend Jesus.

My mother, being the wonder woman that she is, never held his death against him. When she looked into his coffin, she felt she saw the face of the man she had married: his stress lines had gone, he seemed free of the sadness that had been dogging him of late. But it was still tough for her to talk about. She didn’t want to have to explain to a stranger in the middle of a party how he was not defined by his ending, but how loved he was, how cherished the charismatic, handsome vet in a small town had been. She didn’t want his whole person being judged.

Once she had told us, I did not want to talk about him. Ever again. I now hated him. He had not been “taken” from us, he had left. His suicide felt like the opposite of parenting. Abandonment. Selfishness. Taking us for granted.

I didn’t care that he had not been “in his right mind”, because if I had been important enough to him I would have put him back into his “right mind” before he did it. I didn’t care that he had been in “chronic pain” and that men in Ireland don’t talk about their feelings, so instead die of sadness. I didn’t want him at peace. I wanted him struggling, but alive, so he could meet my boyfriends and give them a hard time, like in American movies. I wanted him to come to pick me up from discos, so my mother didn’t have to go out alone in her pyjamas at night to get me.

I look like him. For all of my teens and early 20s, I smothered my face in fake tan and bleached my hair blond so that elderly relatives would stop looking at me like I was the ghost of Christmas past whenever I did something funny. “You look so like your father,” they would say. And as much as people might think a teenage girl wants to be told that she looks like a dead man, she doesn’t.

And then there was the letter.

My mother gave us the letter to read the day she told us, but, in it, he didn’t mention my sister or me.

I had not been adored. He had forgotten we existed. I didn’t believe it at first. When I was 15, I took the letter out of my mother’s Filofax and used the photocopying machine at my summer job to make a copy so I could really examine it. Like a CSI detective, I stared at it, desperate to see if there had been a trace of the start of an “A” anywhere.

I would often fantasise that, if I ever killed myself, I would write a letter to every single person I had ever met, explaining why I was doing it. Every. Single. Person. Right down to the lad I struck up a conversation with once in a chip shop and the girl I met at summer camp when I was 12. No one would be left thinking: “Why?” I would be very non-selfish about it. When Facebook came in, I thought: “Well, this will save me a fortune on stamps.”

Sometimes, in my less lucid moments, I was convinced that he had left a secret note for me somewhere. Maybe, on my 16th … no, 18th … no, 21st … no, 30th birthday, a letter would arrive, like in Back to the Future. “Aisling, I wanted to wait until you were old enough to understand. I was secretly a spy. That is why I did it. I love you. I love your sister, too. PS Heaven is real, your philosophy essay is wrong and I am totally still watching over you. Stop shoplifting.”

This summer was the 30th anniversary of his death. In that time, a few things have happened that have radically changed how I feel.

Three years ago, Robin Williams took his own life. He was my comedy hero, my TV dad – he had always reminded my mother of my father and his death spurred me to finally start opening up. I had always found it so hard to talk about. I think I had been afraid that if I ever did, my soul would fall out of my mouth and I would never get it back in again.

Last year, I watched Grayson Perry’s documentary All Man. It featured a woman whose son had ended his life. She thought that he probably hadn’t wanted to die for ever, just on that day, when he had been in so much pain. A lightbulb moment – it had never occurred to me that maybe suicide had seemed like the best option in that hour. In my head, my father had taken a clear decision, as my parent, to opt out for ever.

My father had always seemed like an adult making adult decisions, but I suddenly found myself at almost his age, still feeling like a giant child. I looked at some of my male friends – gorgeous idiots doing their gorgeous, idiotic best to bring up little daughters, just like he would have been.

Finally, just after my 30th birthday, a box turned up.

The miserable people he had worked for had found a box of his things filed away and rang my mother (30 years later) wondering whether she wanted them or whether they should just “throw them in the bin”.

She waited for us to fly home and we opened it together – three little women staring into an almost-abandoned cardboard box.

Now, most of the box was horse ultrasounds – which, I’ll be honest, I am not into. But there was also his handwriting around the edges and, then, underneath the horse X-rays and files, there were the photographs.

Any child who has lost a parent probably knows every single photograph in existence of that parent. I had pored over them all, trying to put together the person he might have been.

The photos in the box had been collected from his desk after he had died. We had never seen them before. They were nearly all of me. He had had all of these photos stuck on his desk. I was probably the last thing he looked at before he died.

To Daddy, here is my note to you:

I’m sad you killed yourself, because I really think that, if you could see the life you left behind, you would regret it. You didn’t get to see the Berlin wall fall or Ireland qualify for Italia 90. You didn’t get to see all the encyclopedias that you bought for us to one day ‘use at university’ get squashed into a CD and subsequently the internet. You have never got to hear your younger daughter’s voice – it annoys me sometimes, but it has also said some of the most amazing things when drunk. I think you would have been proud to watch your daughter do standup at the O2 and sad to see my mother watching it on her own. Then again, if you hadn’t died, I probably wouldn’t have been mad enough to become a clown for a living. I am your daughter and I am really fucking funny, just like you. But, unlike you, I’m going to stop being it for five minutes and write our story in the hope that it may help someone who didn’t get to have a box turn up, or who may not feel ‘in their right mind’ right now and needs a reminder to find hope.
Aisling

• In the UK, the Samaritans can be contacted on 116 123. In the US, the National Suicide Prevention Lifeline is 1-800-273-8255. In Australia, the crisis support service Lifeline is on 13 11 14. Other international suicide helplines can be found at befrienders.org


Posted on November 4th, 2017. Filed Under: The Guardian, Writing

You can get in touch with Aisling via the following agents...